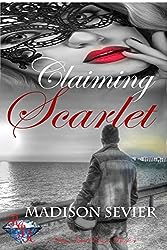 “Enough. Love doesn’t die. It doesn’t just vanish. And right now, in spite of how angry I should be, it’s taking every ounce of restraint I possess to stop myself from grabbing you, kissing you within an inch of your life before whisking you off to my suite, tossin’ you onto my bed and givin’ you two decades worth of lovin’ in one night. So, what’s it gonna’ be?”

~*~*~*~*~*~*~*~*~*~
Blurb:
Twenty years ago, Kevin Sunman's life changed forever when the woman he believed was his soulmate walked out of his life and disappeared. He spent copious amounts of time and money on detectives who came up short, leaving him lonely and frustrated. Determined to forget her, he saddled up his custom motorcycle and hit the road searching for closure.
After many days and hundreds of miles on the road, Kevin checks himself into the River Jewel Resort for a much needed break. Coming face-to-face with his past and the woman who has haunted his every waking moment for two decades wasn't what he expected. And what he learned about his mystery woman is far more than he ever bargained for.
Scarlet Noir, owner of the River Jewel Resort, has lived a life full of mystery. Bringing soulmates together and helping them find their true happiness has become the mask she's worn to hide her own loneliness and secrets. When the man she walked away from twenty years ago shows up at her resort, she's forced to remove the disguise and confront all that she left behind.
Will their time apart prove to be too much to overcome? Or can the River Jewel Resort heal their heartache, allowing them a second chance to claim their true love?

~*~*~*~*~*~*~*~*~*~
Excerpt:
He eased between her creamy thighs, his arms bearing most of his weight to be sure he could be as gentle as possible with the blonde goddess lying beneath him in his bed. The way her ocean-blue eyes darkened with desire, turning a deep, rich sapphire and the breathless way she moaned as he entered her, set his soul on fire. He’d never felt as complete as he did in that moment. His body, though close to two-hundred pounds, felt weightless, hovering it seemed, above hers as his heart pounded, full and heavy with love for this woman he’d happily spend the rest of eternity with.
They moved in synchronicity, like the pistons of a well-oiled engine, climbing the steep hill of ecstasy, speeding towards the top together. Her petal-soft hands clutched at his shoulders and she spread her legs wider, taking all of him deeper inside. This woman, delicate as the deep-red rose he’d given her, cried out as her slick core clenched and throbbed around his thick shaft, pumping him, bringing him with her over the edge. Arching his back, he pushed further into her, giving every ounce of himself to the woman he loved.
“It only turns one shade of green, Asshole!”
The blaring of horns and loud obscenities could be heard over the engine of his bike and Kevin Sunman shook off the twenty year old memory and shifted into first gear, pipes rattling as he eased through the intersection and down Main Street of the newest Podunk town he found himself in.
Not long ago, Kevin would’ve cussed out the offensive motorists, maybe he’d have punched one of the flippant dickheads in the face for something to do. At six-foot-three and two-hundred pounds of pure muscle and stealth, he could’ve annihilated them before they could even blink. But he no longer cared enough to get violently upset about smart-assed comments, dirty looks and people who judged him by his appearance. However, mentally flipping them off as he cruised through town wasn’t beneath him.
Thanks to every stoplight in town turning red as he approached them, Kevin was prohibited from going faster than seven miles per hour. His pipes thundered to a low rumble every time he downshifted. He was accustomed to people staring at his custom chopper and the people of his most recent location were no different.
He’d spent a pretty penny making her into everything he’d ever wanted. Sleek, fast when needed and complete with twisted spoke rims for his two-fifty back tire, custom-fit saddle seat, thirteen-forty S and S engine, chrome drag pipes and an immaculate candy apple red metallic and ghost flame paint job on his tank and fenders. His bike was made for him and riding her was akin to riding the perfect woman. Or as close as he’d ever get.
“Damn.” He needed to stop thinking about her. She’d left him twenty years ago without turning back. Why was he trapped in this never ending, perpetual mental prison?
“Let’s just live in the moment. Names aren’t important. We’re meant to be. That’s all that matters.”
Her blue eyes danced with amusement and mischief as she tossed back her long, blonde hair and laughed. The sound of her voice rolled over him like warm sunshine and Kevin, never a big fan of rules or social etiquette, embraced the chance to be with the gorgeous young woman.
Did he regret it? Sometimes, but only when the memories became too hard for him to bear. Only when he looked at the ruby-red rose tattoo he’d gotten on his chest above his heart to remind him of their time together, did he realize what a stupid idea it had been. What kind of man tattooed a rose on his chest? Why hadn’t he chosen a knife or a skull or something badass?
Still, Kevin craved the honey-sweet taste of her skin, the way her eyes seemed to sparkle with magic and delight as they’d danced on the beach, the way she sighed, her scarlet lips slightly parted as she was about to climax when they’d made love. In the past two decades, no other woman had compared to her. He knew no one ever could.
“For tonight, I’ll call you mine.” He smoothed her hair back behind, careful not to disturb the small rose she’d worn in her light blonde hair, as she clung to him in the warm ocean water. Her legs wrapped around his waist as she laced her fingers behind his neck. Drawn together like forces of nature, their tongues danced, their bodies rocked in unison, moving in rhythm with the salty waves that crashed against them.
They’d made love off and on for hours in various places and positions before she’d left him, each had made a promise to meet the next day. Promises that were broken and he’d been left with a large, aching black hole in his heart. Had something horrible happened? Had she changed her mind? Did he say something wrong? Why had she left? She surely would’ve called if she could.
Though he’d only known her a short time, Kevin thought she’d been honest. He’d felt it, hadn’t he? Shortly thereafter, the anger of her betrayal, her lies, set in. Sadness followed and self-doubt reared its ugly head more times than not over the years. She’d left him before there’d been a chance for them to have a real beginning. He was haunted by the constant, annoying voice that whispered “You weren’t good enough for her. How could you believe she’d ever want you?” Yet, he knew he’d never give up looking for her.