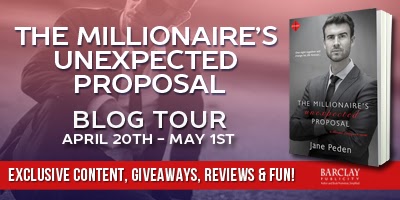 Follow the blog tour from April 20th – May 1st for interviews, guest posts, reviews, and a tour wide giveaway! Win this beautiful silver necklace with two small interlocking hearts that Sam bought for Camilla in The Millionaire’s Unexpected Proposal! Runner-up prizes include two (2) five ($5.00) gift cards to Amazon. Please use the RaffleCopter below to enter. 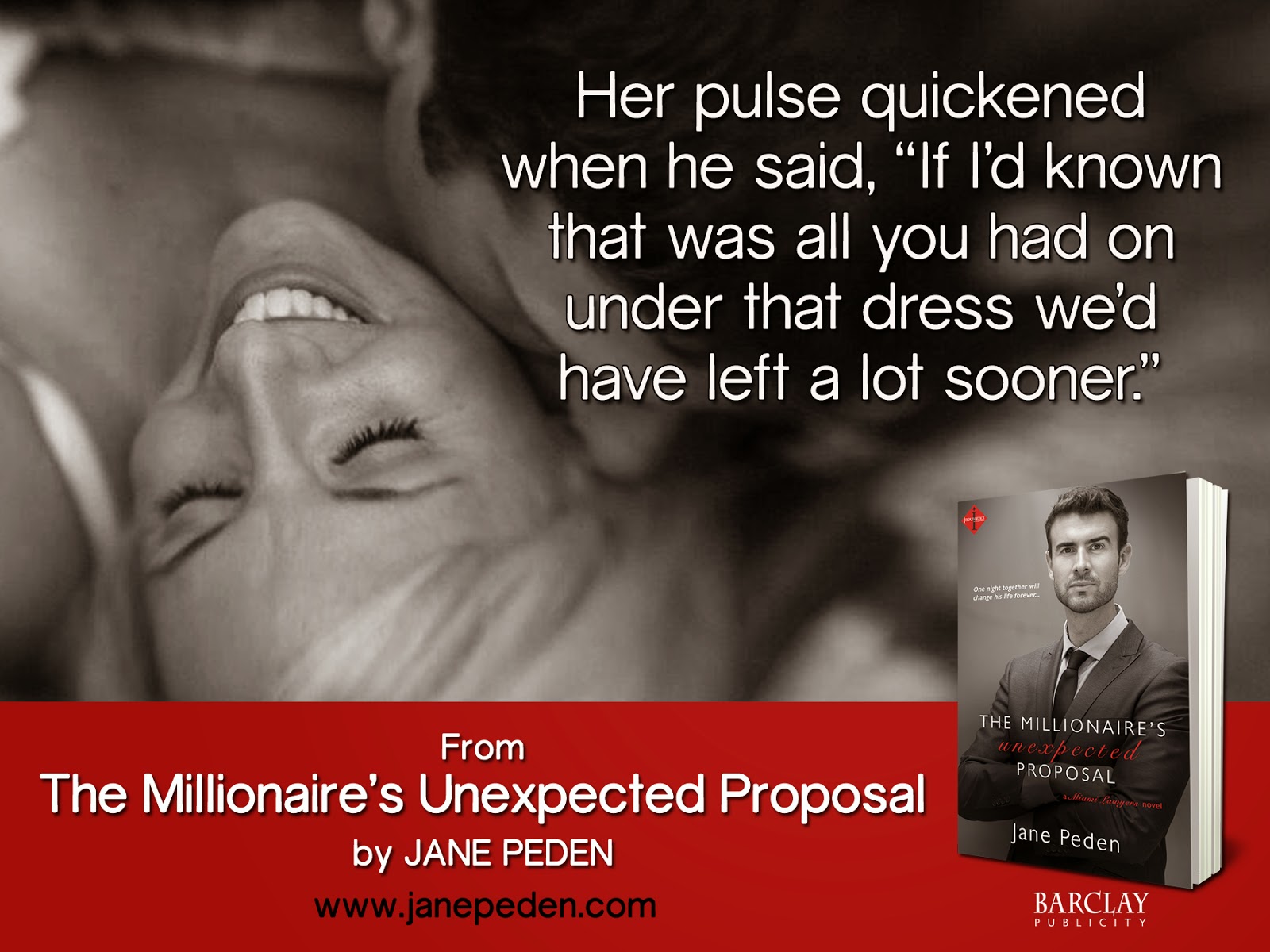 What happens in Vegas doesn’t always stay there, as millionaire lawyer Sam Flanagan learns when his Las Vegas fling from five years ago shows up and demands that he marry her. Fans of sexy, category contemporary romance will love this debut novel from Jane Peden. 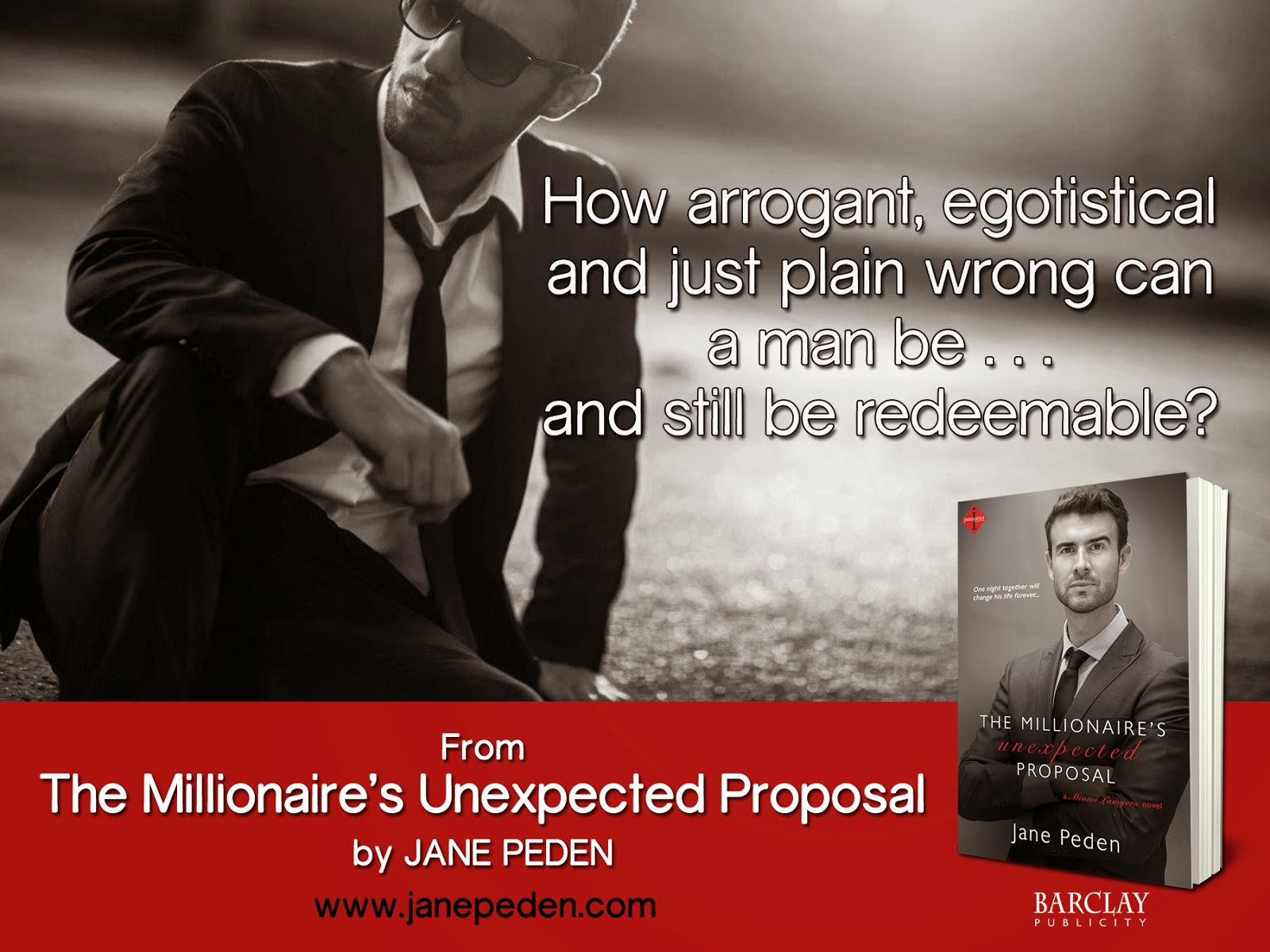 “The conflict here is rich and deep. There’s no greater grist for the gut than two scarred lovers trying to find a way back into each other’s arms.” —New York Times and USA Today Bestselling Author Julie Leto 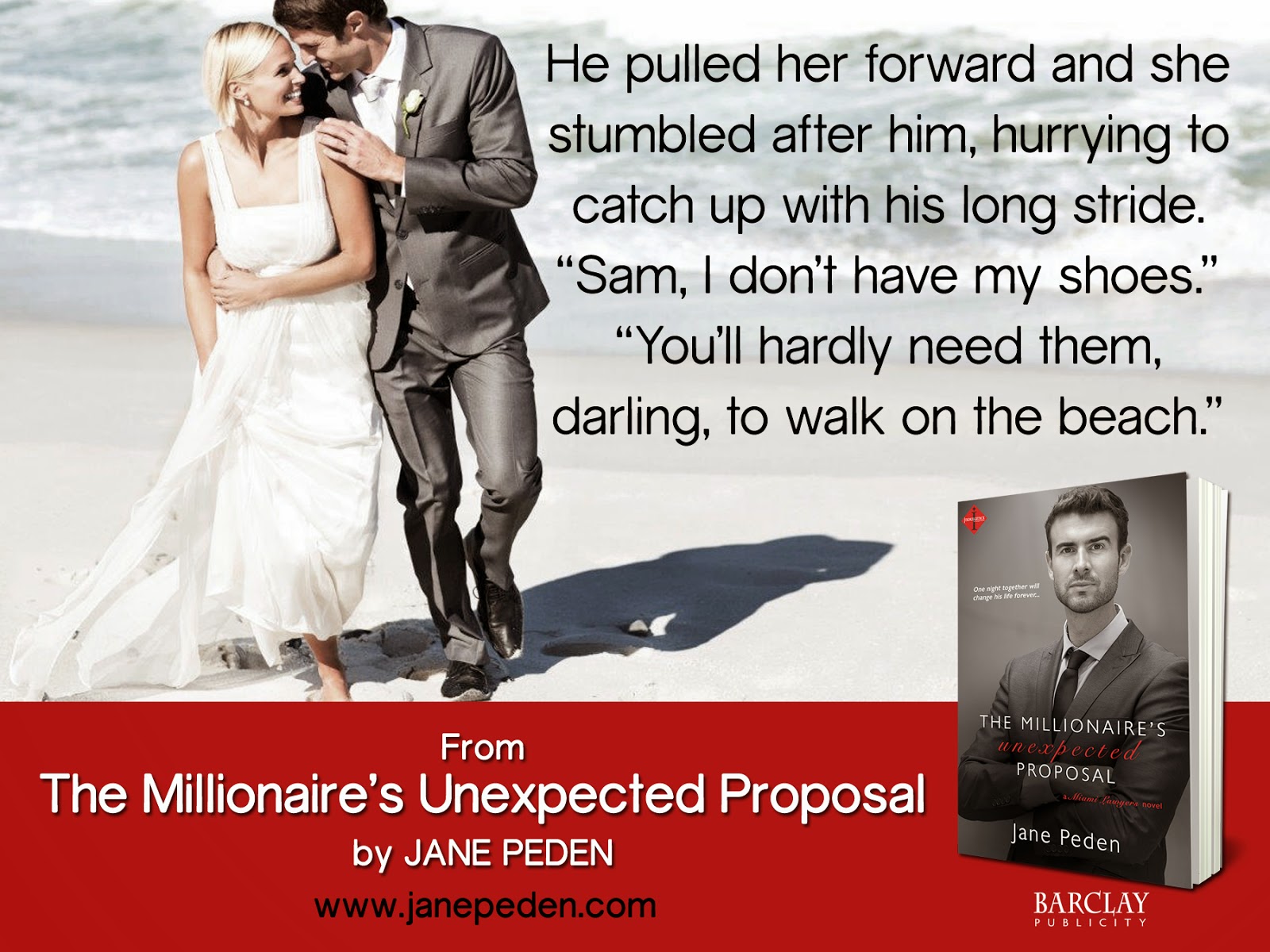 One night together will change his life forever…
Camilla Winthrop is about to do something she’s never done in her life—she’s about to ask a man to marry her. Not just any man. She hasn’t seen Sam Flanagan in almost five years, after he coldly walked away from a passionate and intense two-week affair. Now Camilla is widowed and desperate…and marrying Sam is the only way she can protect their son.
The son he never knew about.
A hugely successful attorney in Miami, Sam certainly never expected to see the stunning Camilla come through his door again. Nor can he ignore the desire heating his blood. But after she tells him her situation, Sam is furious. He’ll marry her, but under his terms. And he’ll take everything, including Camilla in his bed…unless she can find a way to thaw the millionaire’s icy heart once more. 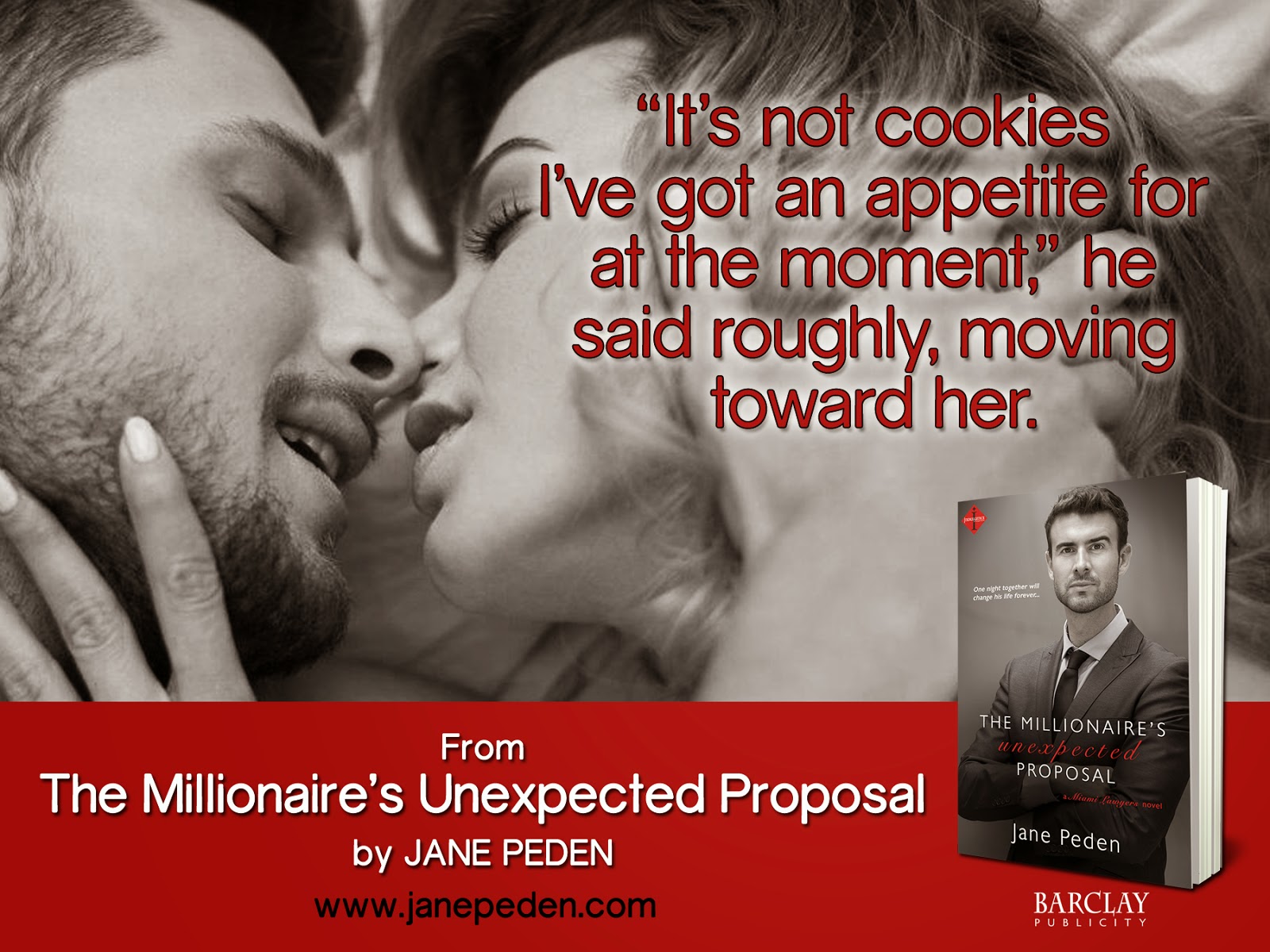 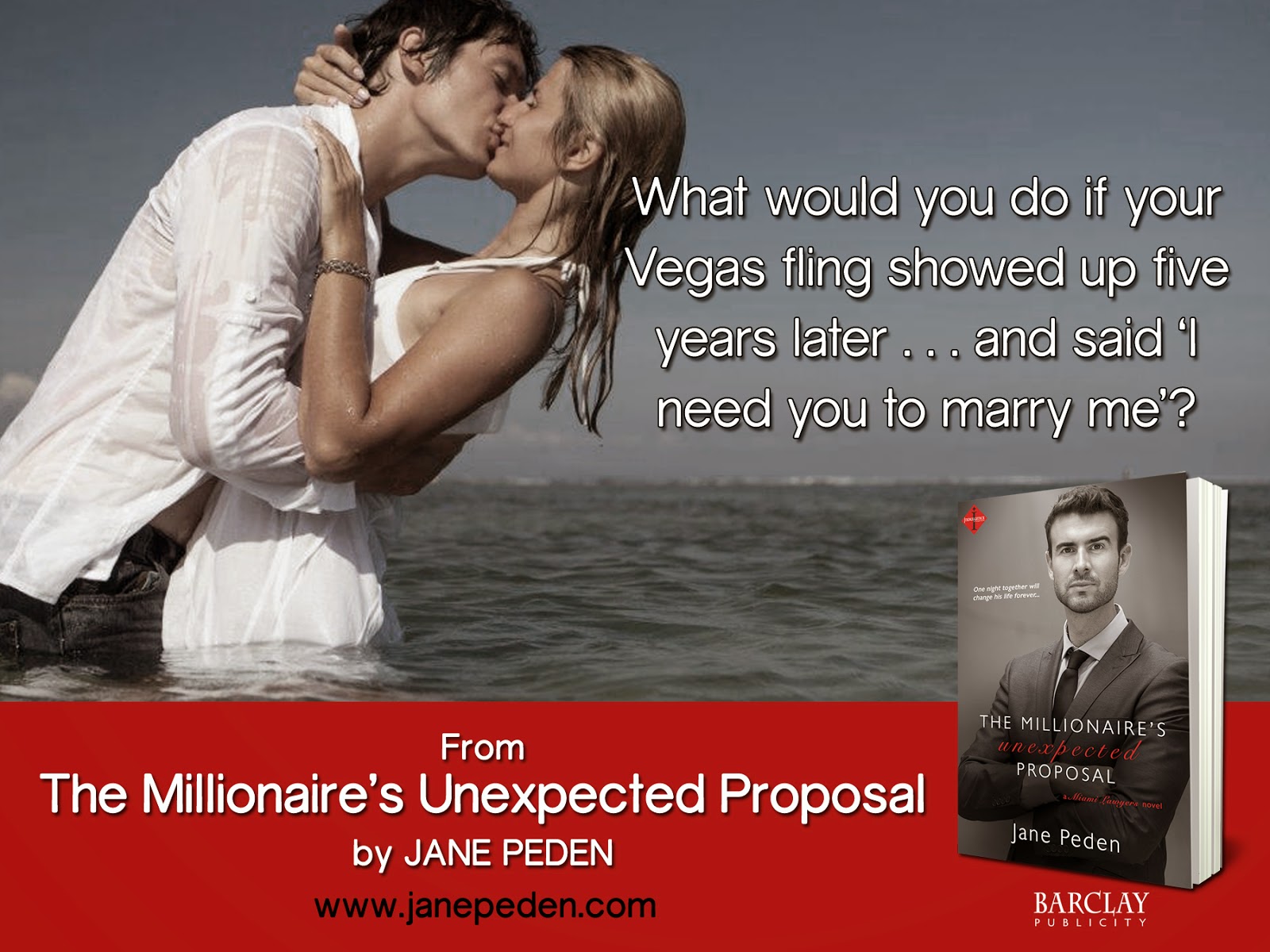 Whatever he’d been expecting, it wasn’t to see a teenage girl sitting on the bed.
“This is my sister, Olivia. Livvy, this is Sam Flanagan.”
“Hi.”
Sam felt a little foolish.
The girl was staring at him like he was some sort of fascinating other species. She looked over at Camilla. “Oh my God, Cam. You didn’t tell me he looked exactly like—”
“Liv!”
“Sorry.” She silently studied Sam another ten seconds or so, then shrugged.
“Are you satisfied? Can we go to dinner now?” Camilla started toward the door.
Olivia looked back down at her book, something ghoulish with vampires on the cover from what Sam could see of it, and gave every appearance of tuning the adults out.
“Maybe it would be better to talk in the restaurant,” Sam allowed.
“Yes, let’s do that.”
They were almost out the door when another voice interrupted them.
“Mommy?”
Sam jerked his head around. The connecting door opened and a small boy walked out, rubbing his eyes and clutching a tattered teddy bear.
“I thought you were asleep, honey,” Camilla said, hurrying over and bending down to give him a hug. She brushed a wavy lock of black hair back from his forehead, and Sam felt something clench in his gut. The little boy looked up then, staring at him with Camilla’s brilliantly blue eyes.
“Who are you?”
“That’s Sam, honey. He’s an…old friend of Mommy’s.” She looked over at Sam. “Sam, this is my son, JD.”
Sam just stared. Was it possible? Of course it was. But for the eyes, he was staring at a mirror image of himself as a child.
“I’m sorry, just let me get JD settled back into bed.”
“Not quite yet,” Sam said, walking over and crouching down in front of the boy, who leaned back against his mother, but kept his eyes on Sam’s face.
“Where’s your daddy, JD?” Sam asked softly, then regretted the question when the little boy’s lower lip began to tremble.
“Daddy had to go away,” JD said.
“That’s enough,” Camilla said sharply, looking at Sam as she pulled the little boy toward the other room. “JD, let’s get you back into bed.”
The little boy rubbed his eyes and held Camilla’s hand, walking with her back toward the bedroom. He paused when he got to the door and turned back to look at Sam.
“Daddy can’t live with us anymore. God needs him up in heaven,” he said solemnly, and Sam heard Camilla catch her breath before she looked back over her shoulder and gave Sam a look that said she wished he was the one who was dead. 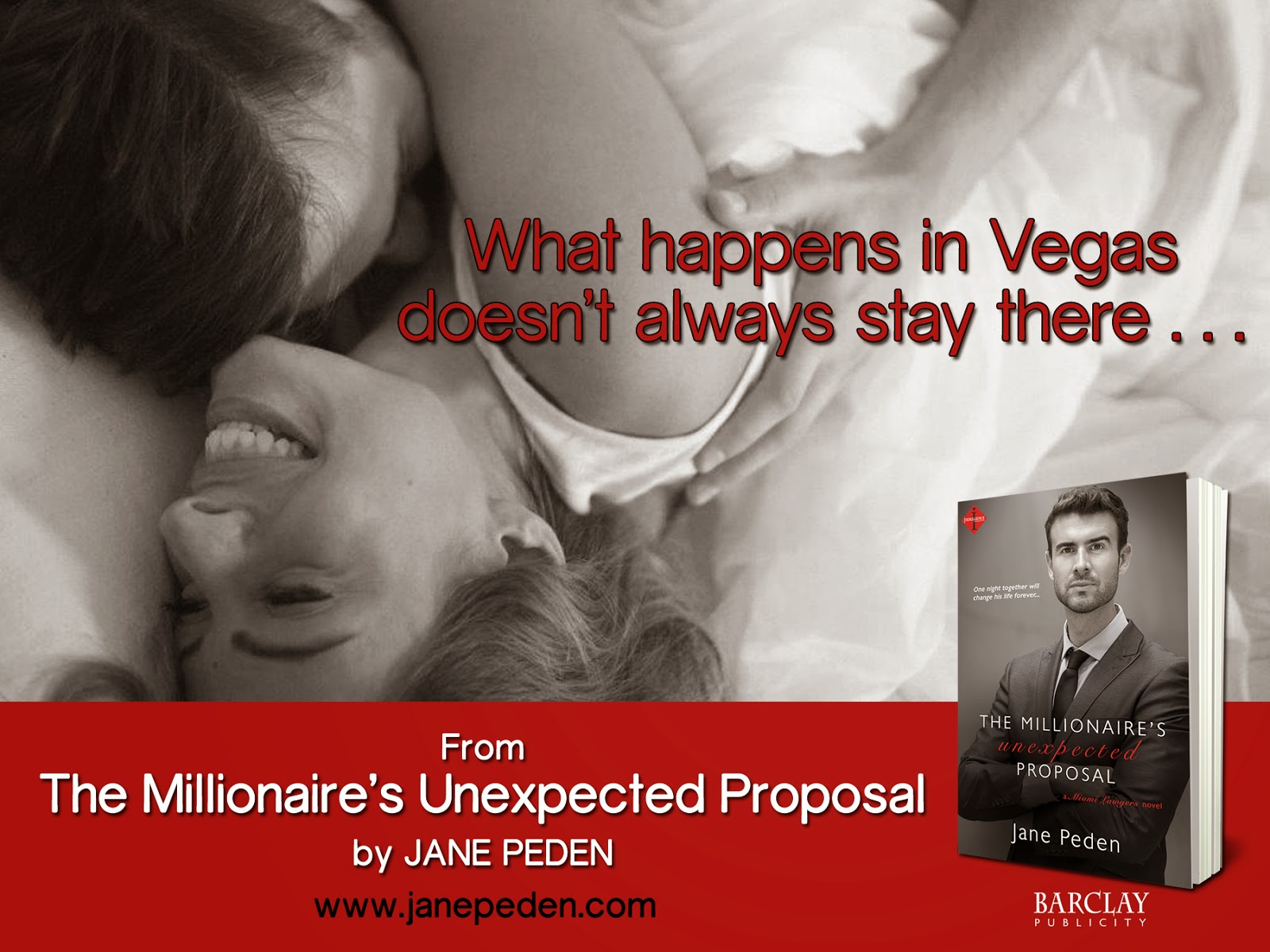 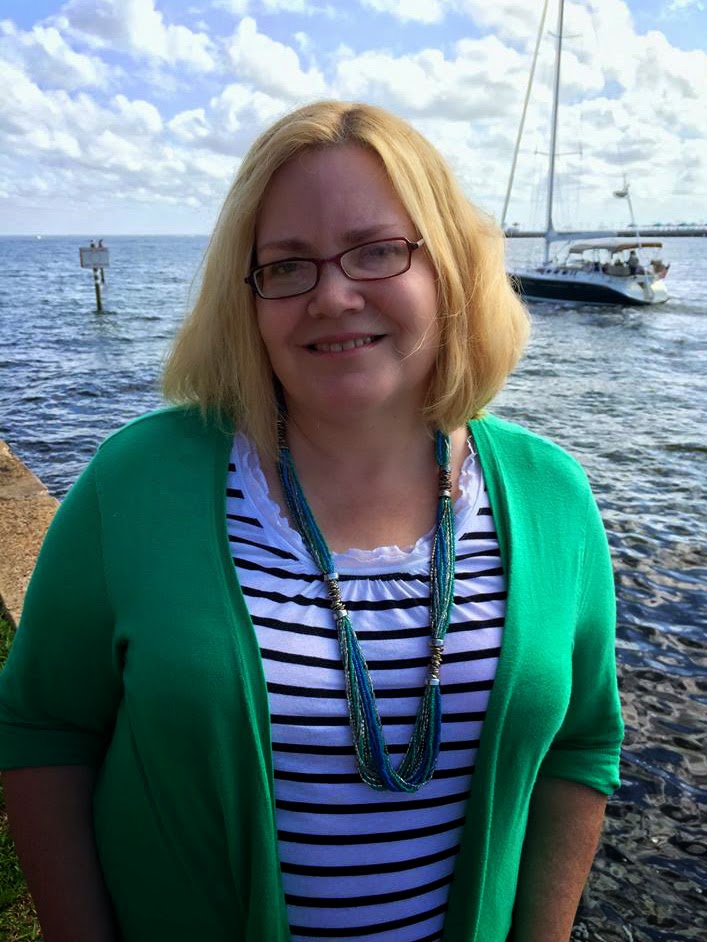 Jane Peden is the pen name of a Florida trial attorney who writes sexy contemporary romances set in the exciting South Florida city of Miami, where millionaire lawyers live extravagant lifestyles and find love when they least expect it. When Jane isn’t in court, you can find her at the beach with her laptop, dreaming up stories about successful, confident men who know what they want and how to get it, and smart, sexy women who demand love on their own terms.  Jane’s books promise sizzling chemistry in the face of insurmountable obstacles. And just when things couldn’t get any worse, an emotional payoff that makes it all worthwhile.

Jane grew up in the mountains of western Pennsylvania, but decided early on that the only thing better than escaping the cold for a two-week vacation at the beach was to live there all year around, so she traded her snow boots for a jet ski and has never looked back.  Jane lives on the sunny Gulf Coast of Florida with her husband, two kids, two dogs, and a fish. Her debut novel, THE MILLIONAIRE’S UNEXPECTED PROPOSAL, released on March 31, 2015, from Entangled Publishing.

Visit these blogs during the tour for more chances to win!


a Rafflecopter giveaway
Posted by Reviews By Crystal at 1:00 AM