Crystal: Today I have the pleasure of hosting A.M. Griffin! WELCOME! I'm so excited to have you here. Would you share a little bit about yourself with us today?

A.M. Griffin: Hello all *waves*. I'm A.M. Griffin and I'm a reader posing as an author (LOL). I write books that I would love to read, which I do (often). I love all things sci-fi and romance, but lately I've been on an urban fantasy, fantasy streak. I've been traditionally published since 2012 and have delved into self publishing for the past few years.

A.M. Griffin: I have so many in this series! One of my favorites is from Dangerously Mine when Eva is confronted by 2 alien warriors who don't like the idea of a female sharing their training field with them and they corner her to "teach her a lesson". Well, it doesn't work out for them. She weighs about a buck 05 soak and wet but she's not to be messed with:

No matter what happened he could not hit her again. He would kill her.
She adjusted her position and with blood pouring down the side of her head, she punched and punched, using the unfortunate guard as a shield, until finally the brute began to sway. The pain in his testicles too much for him to bear any longer, he dropped to his knees and slumped over.
Coyl looked at the man on the floor, then back to Eva.
“Two to zero.” She plastered a smile back on her face.
Coyl flared his nostrils, clenched his fists and slowly advanced forward. Eva kicked at him, trying to land another blow to the knee. What worked for one might work for the other.
No such luck. Coyl caught her foot.
“Did you think it was going to be that easy?” he said mockingly.
“Yes.”
Using his hand to stabilize her foot, she swung her body around, grabbing his shoulders and propelling herself up to his neck, sandwiching it between her thighs. Startled, he let her go and reached up to grab her legs. Tightening her hold, she used her knees as a vise around his neck.
Taking his head in both her hands, she dug her fingers in his hair. With one fluid movement, she jerked his head to the right.

A.M. Griffin: The first book in the Loving Dangerously series, Dangerously Mine had been sticking with me for a couple of months. I kept having dreams about an alien invasion and of this woman who had been taken. From there her voice grew and grew until I had no choice but to write her story. Dangerously Mine is the first book that I ever finished to completion. Luckily, it was accepted by the first and only published that I submitted it to.

A.M. Griffin: I'm working on a new sci-fi book since it's been a while since I put out any new sci-fi works. Hopefully I'll have it completed for a November release. It's done, I'm just fine tuning it. I have a working title but since it might change I'm keeping it to myself.

A.M. Griffin Outline? That's blasphemy! I'm a pantser, meaning the story develops as I write. Every once in a while when my characters get out of hand I have to create a mini two chapter outline to get back on track, but nothing formal. My characters wouldn't go for that.

A.M. Griffin: The good thing about writing sci-fi is that there is no research involved. Everything lives in my mind. If I can envision it, it can happen. I had to do research for my young adult series and it was beyond painful. I felt like I was back in school. LOL. Some people thrive off of research, I just enjoy making stuff up and going with the flow.

A.M. Griffin: I just smashed the Throne of Glass series by Sarah J. Maas and I absolutely inhale the Mercy Thompson books by Patricia Briggs. Oh, and Dean Koontz is an autobuy for me.

A.M. Griffin: I would love to write historical romance because I love it so much, but see question #6 and you'll know why I don't. LOL

Thanks for having me!

The invasion changed everything. It took only weeks for aliens to destroy Earth and take prisoners. Now, fighting for their survival in the wilds of space, humans face a dazzling array of new experiences—and pleasures. Their lives may have changed but one thing remains the same—out there, somewhere in the galaxy, there's great love and passion for each of them if they’re brave enough to embrace their destiny. 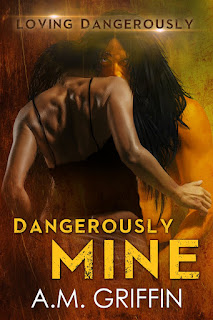 Blurb:
After aliens invade and conquer Earth, Eva is transported to a distant slave-trading planet. Freedom and escape are her only priorities, but none of her martial arts training could have prepared her for enslavement to the warrior King Taio. Eva finds herself drawn to this sexy alien male who ignites her heart and body.

Taio is disgusted with the idea of owning a slave—until now. From the moment he sees her, he knows Eva is his for the taking. Torn between lust and duty, Taio discovers nothing will stop him from protecting his little warrior.

Publisher’s Note: This story was previously published by Ellora’s Cave under the title Dangerously Mine and has been revised for re-publish by the Author. 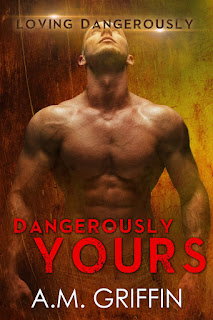 Blurb:
The steamy standalone sequel to Dangerously Mine

Kane Epps divides his life into two distinct parts—before the alien invasion and after. Before the invasion, he had a pregnant wife and a high-powered job. After the invasion, he’s left with only himself and his hatred for all things alien. He channels his bitterness by captaining a vessel of renegade humans—space pirates who don’t think twice about taking what they need.
Princess Sa’Mya is on the run. She and a few trusted advisers fled her home planet only to be captured by the sexy, dangerous Captain Epps. He claims to hate aliens but can’t seem to resist touching her or kissing her…everywhere. As Kane introduces Sa’Mya to ever-increasing, unimaginable realms of pleasure, the princess becomes determined to earn his trust. She’s used to getting what she wants. And this time, what she wants is Kane Epps.

Publisher’s Note: This story was previously published by Ellora’s Case under the title Dangerously Yours and has been revised for re-publish by the Author. 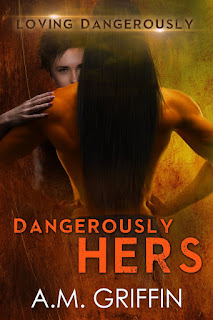 Blurb:
Loving Dangerously, Book Three
Jess hates aliens. After the invasion that destroyed Earth, the extraterrestrial bastards sold her to a brothel as a sex slave. She may have escaped but the old memories and fears still linger in the dark corners of her mind. Supposedly Sonis is just the place for her—somewhere safe, where she can heal and start fresh. She’s almost hopeful…until she meets Rasha, her new boss.
Rasha, captain of the Sonis Royal Guard, is a warrior through and through. He’s huge, sinfully sexy and could have any woman on Sonis—but the woman he wants is Jess. He’s very much an alien and Jess knows she should hate him or at least be wary, but whenever he’s around, she loses control. She tells herself it’s only sex—amazing, mind-blowing sex like nothing else she’s ever experienced—but there’s something about Rasha that shakes her soul. The feel of his skin against hers, the look in his eyes as he touches her—they make her want to believe it’s possible to find love and begin again.

Publisher’s Note: This story was previously published by Ellora’s Case under the title Dangerously Hers and has been revised for re-publish by the Author.

Reader Advisory: This space-opera romance contains triggers for past abuse. 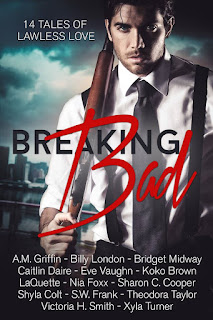 
Blurb:
The steamy standalone sequel to prequel to Dangerously His

Tina Blake has two priorities; escape from a sadistic mate and find her twin brother JB. She does escape Luxo, but she while having so much fun with her new found freedom she forgot to look for her brother until it’s too late. Luxo wants her back and he has put two of the best bounty hunters on her trail.

Dallas and Grekon have one objective, take the high paying jobs that will help them earn the much needed credits for Grekon’s surgery. They normally don’t take the human jobs, but there’s no way they could pass up on the credits being offered for Tina Blake’s re-capture. Soon they’ll remember why they had avoided the human jobs. They both have a hard time resisting the woman who they’re tasked to turn over to a sadistic mate.

Nice guys finish first, said no one ever. But we guarantee you’ll finish this collection filled with dark and dangerous alphas who obey no one, play by their own rules, and least of all allow anything to come between them and what they desire most. Download these 14 tales of Lawless Love and you’ll never look at thieves, hit men, bounty hunters or ex-cons the same way again. Break bad and our sexy-as-sin bad boys will steal your heart.

NOTE: These bad boys and girls may break hearts, but you're guaranteed a happily ever after in every tale! No cliffhangers!