Ms. Holt will be awarding a $10 Amazon or B/N GC to a randomly drawn winner via rafflecopter during the tour. Please use the RaffleCopter below to enter. Remember you may increase your chances of winning by visiting the other tour stops. You may find those locations here.

Fighting for his life after an ambush, Sheriff Josh Wellman awakes to find himself looking into the eyes of a real-life angel of mercy. Despite his groggy condition, he knows his life has changed the instant their hands touch. Devastating heartbreak has left Mercy Smith's faith in tatters, her heart guarded against more loss. Her dedication to the air evac trauma team she leads has insulated her from the realities of the earth below, so now Josh faces the biggest challenge of his life. Can he find a way around the walls that fortify her heart and convince this angel to stay on the ground with him? Can Mercy open herself to life again and find a way to restore her faith in God ... as well as love?

Love Beneath the Blue Texas Sky

J.D. Sterling shook the dirt of the small Texas town from his boot heels a dozen years before. Now, he’s returned… not as the poor country boy who left to follow his dream, but as country music’s sexy superstar. He has everything he always wanted except for the girl who holds his heart. Mandy.

Years come and go and people change. Amanda Lawson has grown up. From heartbreak and struggling to survive to becoming a successful businesswoman, she has taught herself to never look back. Once before, she had survived the wild, green-eyed cowboy with only a guitar to his name and a pocketful of dreams. Then he left her behind with nothing but his hollow vows and a shattered heart.

Mandy was his muse. J.D. was her dream. But tragedy and broken vows can be insurmountable obstacles. Can they find their way home to each other again… or is it too late? 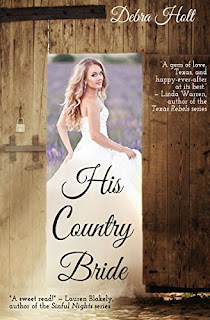 "Sheriff's Department! Raise your hands above your head and don't move."

She’s a runaway bride who left her two-timing fiance at the altar. He’s a county sheriff determined to keep the peace in his country and leave city girls alone after his own fiance left him for the bright lights of the city. Neither of them planned on running straight into each other...over a burning wedding dress.

Ellie and Lucas planned on never trusting their hearts to love again. When danger follows her from the city, the sheriff must do his duty to protect her. However, it isn’t long before he discovers the real danger may be to his heart. Ellie just might teach him that even a city girl can be a country girl at heart.

She ventured a quick look but didn’t see a wedding ring. That meant nothing—many men didn’t wear rings. Her David would not have worn one either. He’d often said a ring would only get lost when he removed it to do surgery. The dark cloud of remembrance jolted her back to reality. Her job was done; she passed her patient over to the trauma team. There was no need for her to stay. With a last look at the man currently the focus of everyone’s attention, Mercy stepped outside the room. Her steps faltered as she realized that she’d automatically send a brief request on his behalf to whatever power the man might believe in; a request that the trauma specialists behind her would be able to use their combined expertise to keep him in this world for those who loved and needed him.

“Three minutes out. Descent begins in one.” The pilot’s voice crackled through the headset as he tossed a look over his shoulder to Mercy, strapped into the jump sear. She responded with a quick thumbs-up. “They’ve secured the scene,” he added. “We’re in and out fast. There’s only one to transport.” A dull, leaden weight sank to the pit of her stomach. Mercy Smith knew his words meant the other injured person had died before their arrival. “We can’t save them all, Mercy.” Paul Robards, the second medic onboard and seated across from her, responded to the shadowed look that crossed her face. “Some things are out of our control.”

Born and raised in the Lone Star state of Texas, Debra grew up among horses, cowboys, wide open spaces, and real Texas Rangers.  Pride in her state and ancestry knows no bounds and it is these heroes and heroines she loves to write about the most.  She also draws upon a variety of life experiences including working with abused children, caring for baby animals at a major zoo, and planning high-end weddings (ah, romance!).
When she isn’t busy writing about tall Texans and feisty heroines, she can be found cheering on her Texas Tech Red Raiders, or heading off on another cruise adventure.  She read her first romance...Janet Dailey's Fiesta San Antonio, over thirty years ago and became hooked on the genre. Writing contemporary romances, is both her passion and dream come true, and she hopes her books will bring smiles...and sighs...to all who believe in happily-ever-after’s.
Debra invites you to visit her website at www.debraholtbooks.com.  She loves to hear from other aspiring authors or readers via email at debraholtbooks@gmail.com.  Twitter is https://twitter.com/DebraHoltBooks and Facebook at https://www.facebook.com/DebraHoltBooks. 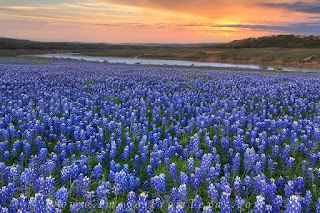 Email ThisBlogThis!Share to TwitterShare to FacebookShare to Pinterest
Labels: @GoddessFish