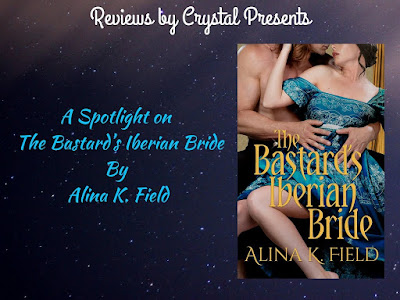 A war-weary soldier and a spy’s daughter race villains for the missing treasure bequeathed to her.

Daughter of spies
For a chance at true freedom, Paulette Heardwyn needs the fortune left her by her inscrutable father. But she doesn’t know what it is, where it is, or how to find it, and the only man with answers, the Earl of Shaldon, takes his secrets to the grave. Worse, the dead earl tries to force her marriage to his bastard son—and leaves her prey to a traitor seeking the same treasure she’s after.

Soldier, Steward, Bastard
Bink Gibson is ready to throw off his quiet life as steward to his old commander and head for India and the chance of prosperity. But before he can leave he’s summoned to the deathbed of the Earl of Shaldon, a meddling spymaster, a complete stranger…and his father.
And the Earl has set a trap Bink will never be able to resist.

Excerpt:
A tap at the door brought the innkeeper’s smiling, buxom maid with a flagon of ale and a pint tankard. Bink thanked her for the drink, and silently, for the interruption, and started speaking before the door shut on the wench, before the lady across from him could stop glaring at her and untie her tongue.
“I know we haven’t gone far, Miss Heardwyn, but it is, if you will remember, the Sabbath, and in spite of it, we’ve all had a hard day’s labor. The servants are entitled to a rest. Kincaid and the men will watch over your wagon. Nothing will go missing.”
She studied her teacup and worried at her lush lower lip with those perfect white teeth. She was a beauty, was Miss Heardwyn, much more to his taste than the flaxen-haired serving wench, and in other circumstances…
“As to the cost.” She cleared her throat.
“You are not to worry, miss. I’ve said you will have any monies Shaldon has left me, and I mean it. I will bear the cost tonight, and tomorrow we’ll make the arrangements with Bakeley for the rest.”
Her gaze shot up, eyes flashing. She did not want to be in his debt.
Or… she did not want to return to Cransdall.
She stood and walked to the fireplace. The room had gone warm, and he debated opening one of the casement windows a tad wider.
“Mabel, wait outside please,” the lady said, her back to the both of them.
Bink eased out of his chair. “Leave the door open, Mabel. You may stand outside and eavesdrop but don’t allow anyone else to listen.”
The maid’s lips quivered as she curtsied and hurried out.
He turned back to the lady. “Is this where you tell me you will not return to Cransdall?”

Paulette’s breath caught. Mr. Gibson had moved up next to her with a great deal of stealth, close enough to lay hands on her if he wished.
His big body radiated warmth and suffused her with his scent. Even after a hard day of riding, the man-scent was subtle, no stronger than her farmer’s had been on a Sunday morning, dressed in his best. But the yeoman farmer had repelled her. There was nothing repellant about Mr. Gibson.
She reached for some calm, trying to still her heart. She was shorter than most women, true, but even if she’d been tall for a woman, he would still tower over her. He spread one enormous hand against the mantel and leaned into it, sending her heart fluttering into her throat.
She coughed to clear it. She must not let him think her weak. “Returning to Cransdall is out of the question for me. If you take me there, I will never be able to leave.”
Quiet followed, the long silence making her wonder if he’d actually heard.
“Where do you want to go?” he asked.
This inn was on the main road, the groom had said. She might have enough money to get to London, and then a bit more for her keep once she arrived. For a few days, anyway. Once she located the solicitor and one of her trustees, she would be provided for, surely.
She would not tell him those plans.
“What of your belongings we rescued today?” he asked, before she could speak.
Grrr. He was tricky, this one. She had not thought that far ahead. “They will be safe at Cransdall, surely. Kincaid and the grooms can take them back. You can return to your home.”
“And you—”
“You are not my keeper, Mr. Gibson.”
He studied her for a too-long moment, sending warmth up her cheeks. She would not look away. She would not give him the satisfaction.
“I’ll ask you to sleep on it, and we’ll talk again at breakfast.” He reached one long finger up and swept a lock of hair behind her ear.
His touch jolted her, too delicate for the man. She could feel her breath rising and falling like a bellows-blown fire, all deliciously lit up within her, with a promise of something she couldn’t fathom. 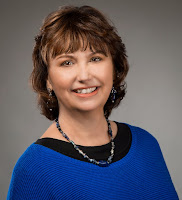 Award winning author Alina K. Field earned a Bachelor of Arts Degree in English and German literature, but her true passion is the much happier world of romance fiction. Though her roots are in the Midwestern U.S., after six very, very, very cold years in Chicago, she moved to Southern California and hasn’t looked back. She shares a midcentury home with her husband, her spunky, blonde, rescued terrier, and the blue-eyed cat who conned his way in for dinner one day and decided the food was too good to leave.

She is the author of the 2014 Book Buyer’s Best winner, Rosalyn’s Ring, a 2015 RONE Award finalist, Bella’s Band, and a 2016 National Reader’s Choice Award finalist, Liliana’s Letter, as well as her latest release, The Marquess and the Midwife. She is hard at work on her next series of Regency romances, but loves to hear from readers!