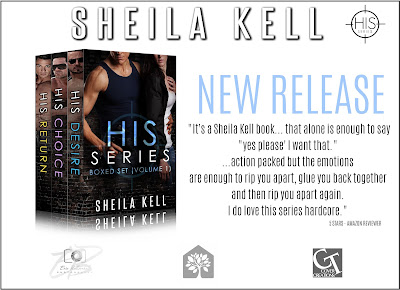 Join the hot-bodied men of Hamilton Investigation & Security as they do whatever it takes to protect the women who have stolen their hearts in books 1-3 of the best-selling HIS series, featuring Jesse, AJ, and Jake.

When FBI Special Agent Kate Ross is injured in a drive-by shooting, HIS leader, Jesse Hamilton, believing she is the target of a killer seeking revenge against him, pulls the full force of HIS into action to protect her. Keeping her alive and out of his heart is more difficult than he expected. Then he makes a decision that could cost Kate her life.

AJ Hamilton, tangled up with Baltimore's largest crime boss, is ordered to threaten a pesky reporter, but he never expected his attraction to Megan Rogers to make him want to protect her instead. Now on the run, their passions flare as they fight to stay alive. Then AJ is forced to make a choice where he may not be able to protect her or their hearts.

Jake Cavanaugh is haunted by that fateful night when he woke to find Emily Hamilton in his bed and a furious best friend banishing him. Returning four years later, he's confronted with the danger that surrounds Emily. As the web of corruption unravels, their passion reignites. Can he keep them safe and mend her broken heart?

This is books one–three in the HIS romantic suspense series. If you like thrilling, edge of your seat reading with sizzling sex scenes, then you’ll love each installment of Sheila Kell’s best-selling series.

Pick up your copy of the HIS Series Box Set, Volume I, to meet the hot-bodied men of HIS today! 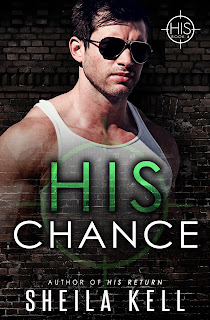 
Sheila is a proud Romance Writers of America member. You can find out more on her website, Facebook and Twitter. Join her newsletter for VIP updates, contests, upcoming appearances and news!