THE BOOK IS FREE ON RELEASE DAY


Matthew will be awarding a $15 Amazon or B/N GC to a randomly drawn winner via rafflecopter during the tour. Please use the RaffleCopter below to enter. Remember you may increase your chances of winning by visiting the other tour stops. You may find those locations here.

In the mystical realm of the Cavern, Akarra is Shardshaper to the quartzian people who inhabit it. Fashioned from quartz and filled with enchanted light, the quartzians are a strong and hearty people. Akarra is no exception. But when destiny intervenes, she must choose between the he-quartz she loves and the life path she lives for. Which shall she choose?

THE BOOK IS FREE ON RELEASE DAY

Yridia produced another crystal: a clump of cracked, twisted quartz. She placed it in front of Akarra and said, “I want you to shape this crystal into an icosahedron. Work quickly. Now, go.”

Akarra blanched: An icosahedron was the most complicated perfect solid known. It was a quasi-spherical shape consisting of twenty identical triangular sides. A correctly formed icosahedron would fit in a perfect sphere in such a way that every vertex of every triangle would just touch the inner surface of the sphere. Actually, that was true of all perfect solids.

Akarra lifted the Shard and pointed the flat face of one of its triangular faces towards the clump of crystal. She bowed her head in concentration, summoning the power of her will. Her mind reached into the Shard; she could sense the Bond it had made with Yridia. The Bond inhibited Akarra’s control of the Heartshard, but not entirely: she could still harness the power of the Shard, just at a less effective level. She did so, and the Shard began to glow in her hands. First it glowed red, pulsing with energy, temperature rising. Next, orange, and the temperature began to drop. Next, yellow and a flash of cold. The other colors followed in turn: green, blue, indigo, violet, and then finally, it went clear. She sensed the presence of deathlight, and saw it in her mind’s eye although her normal vision failed her. She discharged a thick beam of deathlight focused on the lump of crystal. Immediately, the crystal began to morph and ripple. 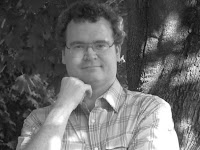 Matthew D. Ryan lives in northeastern New York on the shores of Lake Champlain. He has been deeply involved in the fantasy genre for most of his life as a reader, writer, and game designer. His writing has been featured at Aphelion.com and YesteryearFiction.com. He is the operator of the web-site matthewdryan.com which features his blog, “A Toast to Dragons,” (http://matthewdryan.com/a-toast-to-dragons-the-blog/) a blog dedicated to fantasy literature, and, to a lesser extent, sci-fi. He is the author of the dark fantasy novels “Drasmyr,” “The Children of Lubrochius,” and “The Sceptre of Morgulan,” as well as a growing number of fantasy short stories including: “Haladryn and the Minotaur,” “The River’s Eye,” and “Escape.” His latest work is the stand-alone novella “Prism,” a startling fantasy story of unique character.