AT CLOSE RANGE
A Tracers Novel
By Laura Griffin

When her investigation brings them together, the sparks between them quickly get out of control.

New York Times bestselling author Laura Griffin “delivers the goods” (Publishers Weekly) again with the eleventh title in the gritty, heart-pounding Tracers series.
When a lakeside tryst ends in a double murder, police detective Daniele Harper arrives on the scene determined to get answers. Clues are everywhere, but nothing adds up. Dani turns to the Delphi Center crime lab for help, but soon regrets it when her secret attraction to their chief firearms examiner threatens to distract her from the most important case of her career.

As a ballistics expert and former Navy SEAL, Scott Black knows firearms, and he knows he can help Dani unravel her case. Scott has managed to hide his interest in his best friend’s younger sister for years, but when her investigation brings them together, the sparks between them quickly get out of control. Scott resolves to keep his hands off Dani and his eyes on the goal—identifying a killer. But when that killer zeroes in on Dani, all bets are off. There isn’t a line Scott won’t cross to convince Dani to trust him so that he can help her take down a ruthless murderer who has her in his sights.

Dani watched him. Scott stood beside the car, his back to the victim as he skimmed his flashlight over the ground. The firearms expert was tall and broad-shouldered, with the super-ripped body of a former Navy SEAL. Instead of his usual tactical pants and combat boots, he wore jeans and a leather jacket tonight, so maybe he’d been out when he’d gotten the call. Dani knew from experience that his jacket had nothing to do with the weather and everything to do with the Sig Sauer he carried concealed at his hip.

Something glinted in the grass, and Scott crouched down to tag it with a numbered marker. Two minutes on the scene and already he’d discovered a piece of evidence. He stood and squared his shoulders, and Dani felt a pang deep inside her as he approached.

He stopped and towered over her, and for a moment they just stared at each other.

“Was the passenger door closed when you got here?” he asked.

“No sign of her.” She nodded at the woods. “One of our officers is searching near the lake with Travis.”

He watched her for a moment with those cool blue eyes. His gaze shifted to the woods. “You need a K-9 team.”

He strode over to his truck and opened the toolbox again. He took out a metal detector, which would help him locate shell casings or bullets, and maybe even the second victim if she was wearing jewelry or a belt.

Then again, the killer might have taken her somewhere else. Dani glanced back at the road and got a queasy feeling in her stomach. Where was she? She turned her attention to the lake, visible just beyond the trees. It was a scenic spot, usually--a tranquil little oasis for couples. But not tonight.

She glanced at Scott again, and he was watching her closely--so closely it made her wonder what he was thinking.

She nodded at the body. “I’ll stay with him until the ME shows.”

Scott walked off, and Dani let her gaze follow him until he disappeared into the woods.

The medical examiner’s van rolled up, followed closely by Ric, and Dani’s stomach tightened as she thought of everything she didn’t like about this case. And it wasn’t even an hour old yet.

Ric walked over, his expression grim as he took in the scene. “The media has it.”

“It was all over the scanner,” he told her. “I give us ten minutes, tops, before they roll in here with their cameras. We need to barricade the road.”

She turned toward the sound of Scott’s deep voice calling her from the woods. He was a tall silhouette at the edge of the trees, and from his tone Dani knew it was bad.

“What is it?” she yelled back. 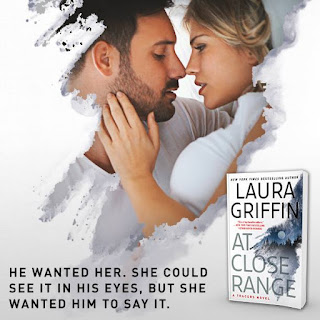 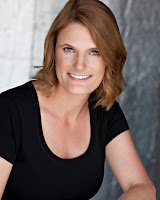 New York Times and USA Today bestselling author LAURA GRIFFIN started her career in journalism before venturing into the world of romantic suspense. She is a two-time RITA Award winner (for the books Scorched and Whisper of Warning) as well as the recipient of the Daphne du Maurier Award (for Untraceable). Laura currently lives
in Austin, where she is working on her next book.