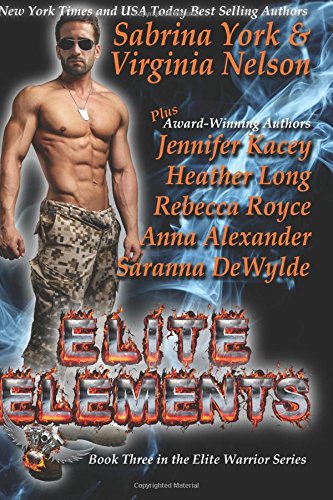 I have only had a chance to read Sabrina York's Cesium’s Capture in this set. It's AWESOME! Of course I don't think Sabrina York could write a book that's not awesome if she tried. I love love love this talented lady's work. I devour her books quickly and then anxiously anticipate the release of her next book.

Jason “Coop” Cooper, AKA Cesium is on a mission in Hong Kong. He is set and determined to bring down Red Wolf’ and anyone that in cahoots with this evil man. He thinks he may found an "in" with the assistant to Ming Kow but things are not always as they seem.

Natalia Goodinov Petrova's life has not been easy. She uses all those painful memories as motivation to seek revenge on those that have hurt her. Oh my goodness this one of those ladies I would want in my corner if I was in trouble.

Coop and Nat meet under umm "interesting" circumstances. I enjoyed watching these two get to know each other and learning about each other's past. It turns out they work really well together.  Their attraction to each other is instant and leads to some passionate fireworks.

Coop and Nat both have great support for backup. This group works really well together and has it down pat on what needs to be done to neutralize some pretty horrific situations.

Ms. York has written yet another fabulous story that grabbed my attention on the first page and held me captivated until the end. This story has all the elements that make for a tremendous read. The action and suspense had my heart pounding and flipping pages to see what in the world was going to happen next. It is her Royal Hotness so of course there are those oh so well written hot and steamy scenes that will warm up the coldest of evenings. The charters are well written and extremely easy to bond with.

I don't want to tell you too much because you are going to want to grab this up and read it for yourself. It's a fairly short story and I finished it in one setting. There was no way I was setting this book down.

I was given the opportunity to read this incredibly story and it is my great pleasure to share my thoughts with you.

You may read more of my reviews on Sabrina York's work here. 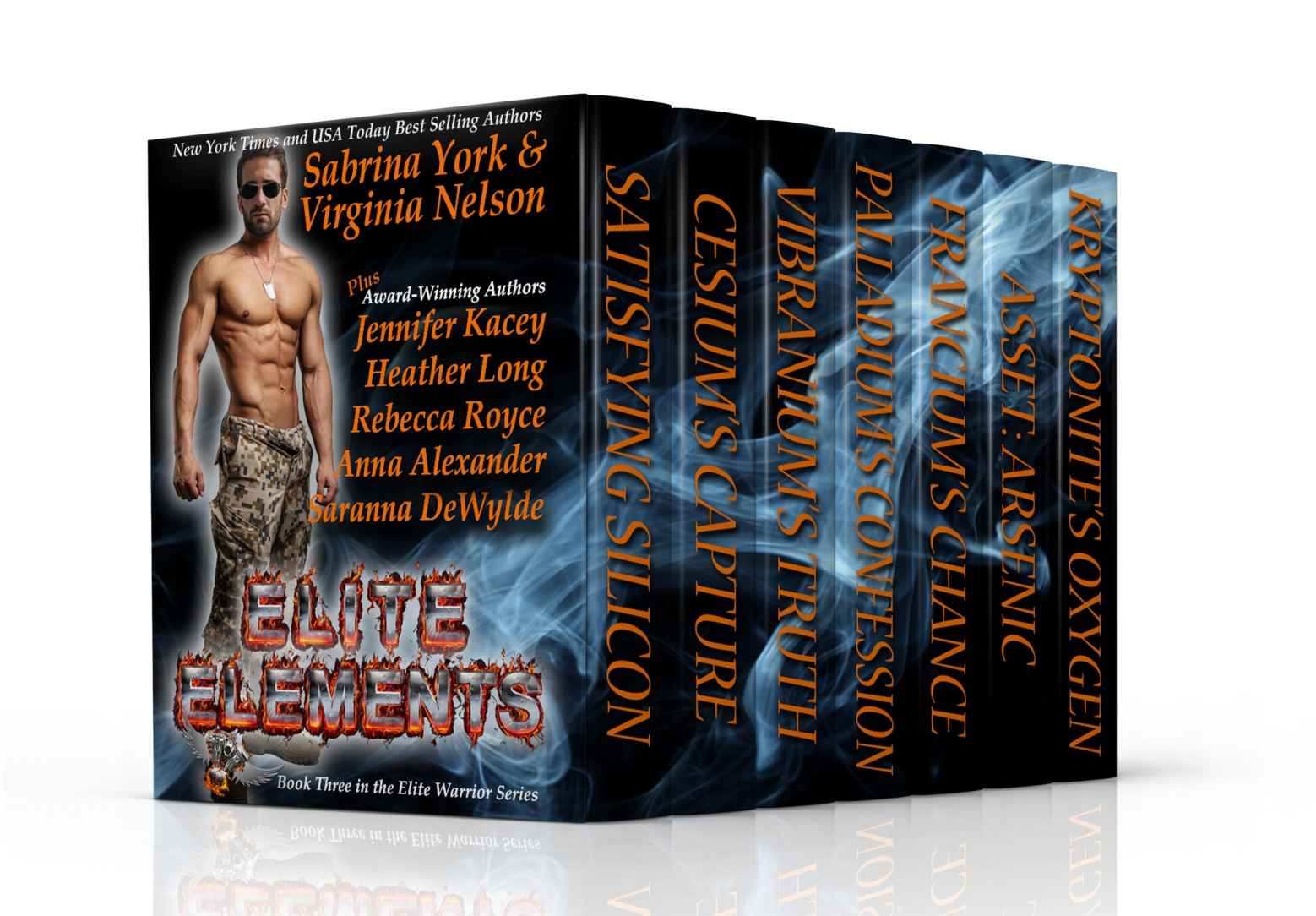 Elite Elements Book Three in the Elite Warriors Series For most of their lives they’ve lived in the shadows, pulled from every nation and background, united by one common cause—an all-consuming hatred of Red Wolf. The unquenchable desire to rid the world of his very existence fuels them, drives them. These men and women pulled the fallen Elite from the snow-covered wreckage of Operation Phoenix years ago. To some they’re called saviors. To others they’re called traitors. As Red Wolf’s power grows, the end game they’ve sacrificed everything for may destroy them all. Or just maybe they’ll finally find the peace they’ve been hunting for. Revenge is their salvation but is there enough humanity left inside them to save? A new end. A new beginning. Elite Elements.

Satisfying Silicon by Virginia Nelson Lady Dead may be number five on his hit list, but she trusts that Silicon will come for her. Save her or kill her... either way, it'll be a hot ride.

Cesium’s Capture by Sabrina York The mission is all that matters...until he meets her.

Vibranium’s Truth by Anna Alexander It’s not the size of the gun that makes a warrior, but the strength of her convictions.

Francium's Chance by Rebecca Royce Just because he's on the right side of the fight doesn't mean she can trust him.

Asset: Arsenic by Heather Long Arsenic is playing a dangerous game, but one with hefty payout—Red Wolf’s head on a platter.

Kryptonite’s Oxygen by Jennifer Kacey To rid the world of the deadliest wolf a broken girl must trust her kryptonite.

Jason “Coop” Cooper, AKA Cesium, is as cold as they come. Nothing matters except for the job—a lesson he’s learned through painful experience. But while on a mission in the gritty back alleys of Hong Kong to collect intel about one of Red Wolf’s criminal associates, Coop is stunned to meet a woman who reaches past his elaborately constructed walls. A woman who sparks a fire inside him. One that could burn him from the inside out.
What a pity she’s in cahoots with his enemy.

Natalia Goodinov Petrova is not all she seems. Oh, she’s beautiful and smart and uses her sexuality to get what she wants with no qualms whatsoever, but her sex-kitten mask hides her true identity as a hard-core Russian agent determined to root out the villain who killed her father…and wreak her revenge.

Coop and Natalia come together in a clash of wills that threatens to destroy both of them. Other than their stubborn determination to complete their missions, they have nothing in common.

Posted by Reviews By Crystal at 9:46 AM