THE REMNANT
By William Michael Davidson

There is a tour-wide giveaway for two (2) print copies that are available to those living in the U.S. only and one (1) eBook copy available international. The giveaway will end at 12 a.m. (EST) on Sunday, Feb. 26.Please use the RaffleCopter below to enter.  You may enter to win at each stop of the tour. Those those locations may be found HERE.

One nation, without God...

Colton Pierce apprehends Abberants—those who display symptoms of faith—and quarantines them on a remote island to ensure public safety.  Years prior, the government released a genetically-engineered super flu that destroyed the genes believed to be the biological source of spiritual experience in an effort to ridthe world of terrorism. As an extractor with the Center for Theological Control, Colton is dedicated to the cause.

But Colton's steadfast commitment is challenged when he learns his own son has been targeted for extraction. An underground militia, the Remnant, agrees to help Colton save his son in exchange for his assistance with their plan to free the Aberrants on the island.

Colton is faced with the most important decision of his life. Remain faithful to the CTC? Or give up everything to save his son?

THE REMNANT is available to order in eBook form at the following sites:

The print format of the book is available at these sites:

Be sure to add THE REMNANT to your bookshelf on Goodreads.

The first thing Colton noticed when he stepped off the stairs and into the garage was an abandoned blue Mustang in the center. It was a vintage model. The driver’s door was ajar, and the electric engine was on. This wasn’t an entirely uncommon sight. When NRNT warnings sounded, people often wasted no time leaving the premises; the well-publicized threats of incarceration encouraged people to be swift in their exits. This warning, like many other such announcements, called for people to abandon their vehicles and walk to the outer perimeter of the capture zone if they were not already on the streets. Whoever owned the Mustang probably made a quick getaway.
One other vehicle—a white Mercedes—looked to be in similar condition. It was half-pulled out of one of the stalls, the door was ajar, lights on, engine running. No driver.
Colton walked deeper into the garage and stopped behind a black SUV. He looked down at his arm computer and scrolled through several screens.
“What are you doing?” Marek whispered.
“Finding out what kind of car our friend likes to drive,” Colton said. Finally, after scanning through Marcos Quintero’s profile, he found that a Toyota Star Runner was registered to him. He exited the background files and brought up the NRNT Map. According to the red dot on the far corner of the screen, the target was hiding out on the north side of the garage. Tracking via NRNT chip was a little tricky at close range, but Colton was willing to bet he’d find a Toyota Star Runner in the far corner of the garage, and he was more willing to bet he’d find his target hiding inside it.
Lifting his finger to indicate he was moving, he crept forward along the rows of cars. He passed a truck, a Volkswagen, and slew of other vehicles—all of these closed, locked, and engines off. As he neared the end of the row, he saw—just as he’d predicted—a Toyota Star Runner in the far corner.
Colton turned toward Marek. “Cover me,” he mouthed.
Marek nodded, and Colton didn’t like how nervous his trainee looked. It wasn’t all that encouraging.
Colton inched toward the vehicle. The good thing—perhaps something those who served on the police force couldn’t say—was that most targets were relatively harmless. By and large, they weren’t murderers, rapists, or con-men, although there certainly had been some cases of that kind. Most of the targets were normal people—not criminals. A target was rarely armed, rarely dangerous, and often didn’t fight back. That was encouraging, and Colton remembered this as he stepped toward the vehicle.
He needed one clean shot. Just one. The dart would penetrate the glass, no problem; Colton had done it on several occasions. As he stepped forward, he looked at his arm computer to verify his calculations had been correct. The blipping red dot confirmed what he already knew: Marcos Quintero hid in that vehicle, foolishly hoping he wouldn’t be found. 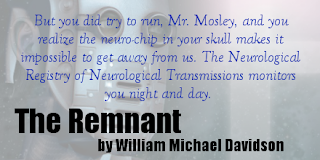 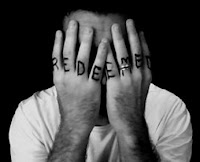 William Michael Davidson lives in Long Beach, California with his wife and two daughters. A believer that "good living produces good writing," Davidson writes early in the morning so he can get outside, exercise, spend time with people, and experience as much as possible.

A writer of speculative fiction, he enjoys stories that deal with humanity's inherent need for redemption.

For more on Davidson and his writing, connect with him on Goodreads, Twitter, and Amazon Author’s Page. 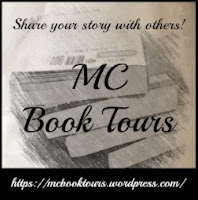