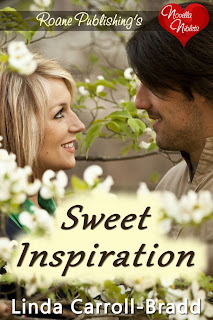 Dependable Cadence Wills yearns for excitement. The owner of a yarn business, she is pulled in every direction by her demanding family. Haunting dulcimer notes draw her to a practice for the musical festival, and she spies an intriguing stranger.


Musician Rafe Frasco is a rover, bouncing from one competition to the next. Interest ignites at his first glance at the woman who is enthralled by his music. He is drawn to Cadence whose heart seems big enough to encompass everyone within her reach.


A fantastic opportunity for Rafe presents Cadence with a major problem—is she strong enough to negotiate the business deal that will take him away…maybe forever?

Unmarried and approaching thirty in a small town branded her as ready and willing to meet every unattached man who set foot inside the city limits. A sigh escaped. Like last week when Espe called Trent Sullivan over to their table at El Tres Amigos and then suddenly remembered an important errand, leaving them together. What Espe hadn’t known was Cadence and Trent already had been set up on blind dates—twice—by other well-meaning friends.

Nothing had clicked on those occasions either. Cadence craved someone with a mysterious past like in her beloved romantic suspense novels. A dark, shadowy figure who knew how to excite a woman with a molten look or a lingering touch. A man who fought to hide his pain and almost succeeded. Not someone like Trent—a guy whose high-school accomplishments she could probably recite.

Sweet plaintive notes of a stringed instrument floated on the breeze. Cadence stopped, straining to recognize the tune. A person didn’t grow up surrounded by folk music without knowing just about every ballad that could be plucked.

But this one eluded her. The twanging strings cried with a soulful sadness that grabbed her by the throat. Her thoughts were washed in loneliness, and she turned toward the sound, past the Heritage Herb Garden. A part of Cadence that couldn’t resist helping others had to see who was expressing such need.


She lifted the hem of her long skirt and hurried toward the haunting sound, as if the notes pulled her feet along the path. The compulsion to know who played added speed to her steps. Abreast of the groundhog pottery kiln, she slowed and peered toward the outdoor stage.


On the platform, several musicians were gathered—some unpacking instruments, others adjusting microphones. Off to one side, a dark-haired man sat in a straight-backed chair, one foot braced on a scratched case. He leaned forward and strummed a dulcimer, the light wood instrument cradled on denim-covered thighs.


Cadence stood a dozen feet away and studied the talented player. His too-long hair was tied back, his shoulders were broad inside his western-cut shirt, and his legs were long and lean. Scuffed boots, faded jeans and a worn Harley-Davidson tee-shirt composed his attire. Definitely more attractive than her own outfit. Even from this distance, she spotted a posture that meant the man had an attitude…or was mysterious. A thrill ran over her skin.


Who was this guy? He’d definitely swagger when he walked. Yummy. At the thought, she stepped closer, wanting nothing between her and the performance.


Long fingers picked the strings in a heated crescendo—note on teasing note, twang on shivery twang, strum on driving strum. He ended the song with a flourish, right hand arcing upward as the last note hung on the early morning air.


How did he know exactly how she felt on nights when everyone in Mountain View either had a date or was home curled next to a spouse? The isolation of being solo at the drive-in or enduring the knowing smile of a sympathetic waitress. His song wrapped all those feelings tight around her heart and squeezed. She inhaled, and the backs of her eyes stung.


Hadn’t she learned her lesson about musicians from the way Dale deserted her when his band got the chance to go on the road? Three years running, and he hadn’t yet steered the tour bus through his hometown.


The stranger laid a hand over the strings, rolled his shoulders, and lifted his head. Piercing brown eyes scanned the area, surveying the other musicians, and his gaze locked with hers. For a suspended moment, his gaze roved along her length, widened, and then returned to her face.


Under his scrutiny, she shifted her feet and tugged at the sides of her skirt. Her period costume didn’t exactly show off her figure to its best. Not that the fact should matter, but she couldn’t look away and chose to ignore the warning bells ringing in her head.

As a child, Linda was often found lying on her bed reading about characters having exciting adventures in places far away. As an adult, she discovered romance books and read them at every spare moment. Upon reaching a landmark birthday, she decided to write one of those romances she loved so much. Easier said than done. Perseverance paid out and twelve years later, she received her first call from a publisher and a confession story was published. Now, Linda writes heartwarming contemporary and historical stories with a touch of humor and a bit of sass, and many have a tie to her previous home of Texas.


With interests as widespread as baking, crocheting, watching dog agility matches, and reading thrillers by Swedish authors, Linda is the mother to 4 adult children and grandmother to 2 granddaughters. She currently lives in the southern California mountains with her husband of 35 years. 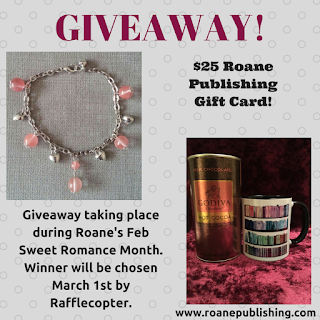 Open only to those who can legally enter, receive and use a RoanePublishing.com Gift Code. No purchase necessary, but you must be 18 or older to enter. The winner will be chosen by rafflecopter, and announced on the widget. Winner well be notified by emailed and have 48 hours to respond or a new winner will be chosen. The number of entries received determines the odds of winning. This giveaway was organized by Roane Publishing's marketing department.
Posted by Reviews By Crystal at 12:30 AM