Giveaway: 3 copies of TEXAS MAIL ORDER BRIDE (Book 1). Please use the RaffleCopter below to enter.

Q: What is something that many people don’t know about you?

A: They don’t know why I have this compulsion to collect keys. It’s a habit I acquired from the orphanage. One night Mr. Simon, the man who ruled us with an iron fist, locked me in the basement as punishment for sneaking food to this boy he’d put on bread and water. It was pitch black and smelled of rotting meat. Spiders crawled on my face and hands. I was nine years old and decided then and there that no one would ever do that to me again. I would have a key that could unlock any door. After that, I picked up every one I came across. Still do.

Q: What day of your life would you most like to experience again?

A: This is easy. I’d give anything to repeat the morning I found Callie Quinn and a six-year-old boy hiding in an outbuilding on my ranch in the middle of a blue norther. I’ll never forget Callie’s scared eyes staring up at me. She leaped up from her crouch in the corner with a club in her hand, threatening to bash my head in. Fire flashed from her eyes. Her clothes were torn and dirty but I thought she was the most beautiful woman I’d ever seen. Her fierce fighting spirit carried us through the hell that outlaw Nate Fleming launched at us. God, how I love that woman! She’s my whole world.

Q: What is your worst habit?

A: I’d have to say drinking whiskey. I love the taste of it and how it relaxes me. Sometimes a man needs something. But what can you expect from a former saloon owner? Callie doesn’t like it much but I never make it an issue between us. Unlike some men, I know when to stop. 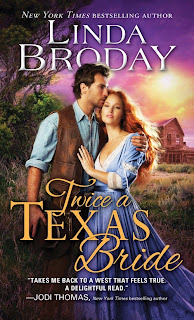 Callie leaned into him, borrowing his strength. “I’m so tired of being scared, Rand.”
“Running away won’t change that. Trust me with your secrets. There’s no reason to hold back any longer.”
She knew he was right. It was time to come clean.
“Start with your name,” he said.

Left with emotional scars from his time in an orphanage, Rand Sinclair has vowed never to marry. But when he discovers Callie Quinn and a small orphan boy hiding on his ranch, he can’t help but open his home to the desperate runaways.

Callie has been betrayed by every man she’s ever known. While she’s grateful for Rand’s incredible kindness, she knows it’s only a matter of time before he shows his true colors. But she needs this safe haven—maybe the outlaw on her trail won’t find them here. Yet as Rand slowly uncovers her secret fears, they each come to realize that the only way to keep her safe is for Rand to risk everything to offer her the protection of his name…and his heart.

Toby barreled out the kitchen door, trailed by Biscuit. “What’cha doin’?”
“Hi, pardner.” Brett ruffled Toby’s dark hair. “I brought you something.”
“What is it?”
“Your very own tepee.”
“To keep?” Toby’s eyes widened and his big grin spread.
“Maybe. We’ll see how it goes. If you mind your elders, you can keep it. If not, I’ll have to take it back.”
“I’m the best boy in the whole world.”
Brett’s grunt seemed to say that time would tell as he arranged twelve long poles on the ground and began tying the tops of three together with a length of rawhide. “Where do you want to put this, Rand?”
“Let’s move it over by the woodpile, where it’s out of the way.” He was going to be the only white man with an Indian tepee on his ranch. How had this sorry state of affairs come to pass? But he wouldn’t say no. It meant too much to Brett and to Toby.
Callie came from the house looking fit to be tied. “Hello, Brett. I hope this isn’t what it looks like.”
“Miss Callie, I wanted something special for Toby to play in, that’s all. If you draw the line at him sleeping out here, that’s all right. It’s up to you to decide when and how often you want the boy to use it.” Brett gave her a smile. “I’d never undermine you.”
“This could be very magical to a child,” Rand said gently.
“Please, ma’am?” Toby begged. “I wanna be an Indian.”
Biscuit gave a loud whine and spun around in a circle as though she too was adding her two cents’ worth.
“Please?” Toby persisted.
When she lifted her eyes to Rand, he gave her a lopsided grin and a wink. Getting tangled up in her warm whiskey gaze could be quite pleasurable, he found.
“Oh, all right.” Callie threw up her hands. “But I won’t have you sleeping out here, young man. You’ll play in it only when I give you permission. And you’ll have chores to do each day before you can play. Understand?”
“Yes, ma’am.”
“It’s too dangerous out here at night anyway, with that mountain lion hanging around,” Rand said. “I’ll keep an eye on him during the day. I don’t want you to worry.”
Toby hugged Callie, then threw his arms around Brett’s waist. “Thank you. I’m glad we came here.”
Brett returned Toby’s hug, then knelt to rub Biscuit’s head. “Now tell me where you got such a fine-looking animal.”
Rand stood watching the pint-sized squirt relay what little facts he knew. He already loved this little kid. Whatever had happened to them, it made him happy that he could help bring a light to the boy’s eyes. He remembered how dull they’d been when he’d first found them in the run-down bunkhouse last week. His mind turned back time to the days following his, Cooper’s, and Brett’s escape from the orphan train. To avoid detection, they’d slept during the day and traveled by the light of the moon, eating food whenever they found some or managed to kill a rabbit or squirrel. Cooper was always the one to watch over them and fight when things called for it. He’d once tried to kill Tolbert Early in a bathhouse for attacking Brett.
Toby had that same protective instinct. Rand only prayed he could help the boy stay a boy a while longer. Once you became a man, you could never go back.
“Where are you, brother?” Brett asked.
“Just thinking that you’d best explain what we need to do.”
With Biscuit supervising and pretty much getting in the way, they all pitched in erecting the tepee, which was made from buffalo hide.
Working side by side with Callie proved the best part. Each time their hands touched, a current ran up Rand’s arm. He couldn’t imagine what might happen if the touching involved a bed and the scent of night around them. He’d probably just explode faster than a load of nitroglycerin. Likely find pieces of him three states over.
The haunted look had begun to fade from her eyes a little, and she wasn’t as tense and anxious as when they first arrived.
Maybe, just maybe, the fear would be gone soon.
And then he intended to kiss the daylights out of her.
Of course he’d go slow. He closed his eyes and watched it play out in his head.
He’d start by kissing each eyelid, then move to her shell-like ears and trail kisses down her long slender throat.
Tiny nibbles at the corners of her mouth.
Trace the seam with his tongue.
Breathe her fragrance.
Whisper tender words.
Only then would he press his lips fully against hers and take all that she wanted to give.
And then…
“Rand!”
It took a minute to sink in that someone was trying to get his attention. “What?”
“Where did you go?” Brett asked. “I need you to help me get these sewn buffalo hides around this tripod and cone I’ve made. Of course, if you’d rather take a nap—”
“Just show me what to do,” Rand snapped.
As they worked, Rand’s gaze kept straying to Callie’s soft, round curves. The woman was going to be the death of him yet.
Even so, he was realizing he’d die a happy man if he could only get a taste of her lips.

~*~*~*~*~*~*~*~*~
About the Author:
Linda Broday now resides in the panhandle of Texas on the Llano Estacado. At a young age, she discovered a love for storytelling, history, and anything pertaining to the Old West. Cowboys fascinate her. There’s something about Stetsons, boots, and tall rugged cowboys that get her fired up! A New York Times and USA Today bestselling author, Linda has won many awards, including the prestigious National Readers’ Choice Award and the Texas Gold Award. She blogs regularly at www.PetticoatsandPistols.com.

Praise for Linda Broday
“Broday understands the West and its lure. Without stinting on the gritty reality of a rough Texas life, she brings strong characters and deep emotions into a very realistic western romance that pulls no punches.”—RT Book Reviews, 4 stars, on Redemption
“Linda Broday is a wonderfully talented author, who has a knack for bringing the west to life.”—Roundtable Reviews
“Broday’s style of storytelling is captivating; readers become emotionally involved in her stories, and are not disappointed with the outcomes.”—The Best Reviews
“A compelling tale... sure to touch western romance fans seeking a sentimental love story.”—RT Book Reviews, 3 stars, on The Cowboy Who Came Calling

Posted by Reviews By Crystal at 12:17 AM