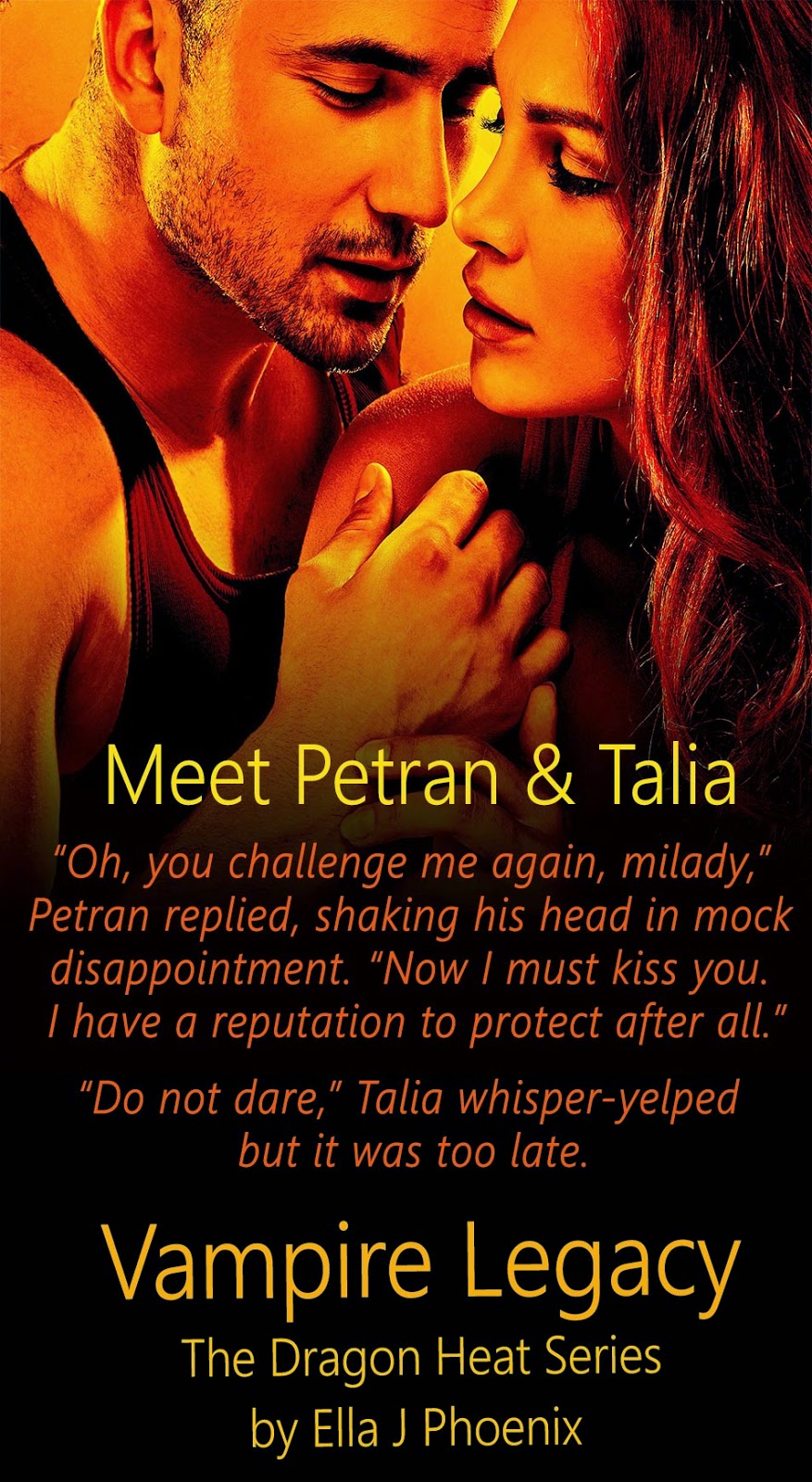 To Celebrate the release of Vampire Legacy:

On the launch weekend, from Friday May 1 to Sunday May 3, Vampire Legacy (Book 4 of the Dragon Heat series), will be FREE to download from AllRomanceEbooks & Smashwords.

Dragon Heat (Book 1) is completely free of on AllRomanceEbooks & Smashwords as well.

When Tardieh discovers a letter from his late father, he opens a door to old memories. The letter from Petran is a tale of intrigue, attempted murder, and betrayal, but leaves more questions than answers in its wake.
Petran, the King of Vampires, an ancient monarch known for his cunning ploys and many lovers, knows the animosity between draconians and vampires is brewing in Romania. Upon discovering his draconian neighbor has fallen ill with a strange Curse, Petran is determined to discover the cause, and a cure. In doing so, he finds an unexpected ally in his neighbor’s daughter, a striking Draconian Duchess.
All Lady Natalia, the Duchess of Moldavia, wants is to save her people from a Dragon Lord’s tyranny but she’s only a woman, who has no place meddling in politics. With his health failing, her father has big plans for her, so when the King of Vampires agrees to help her find a cure for the Curse plaguing her people and her father, Talia begins to see him as more than an old family friend. He awakens desires in her she knows she should not have but cannot resist, or deny him.

I was just nine years old when I discovered my passion for the paranormal world. That passion led me to a bachelor’s degree in Performing Arts where I had my first taste in writing, conjuring children’s plays and re-writing Shakespearean masterpieces to suit the modern times (Yes, he’s still cringing in his grave).
After years travelling around the world, translating other people’s novels and devouring paranormal romances, I realized the real world wasn’t fun without a touch of magic, and decided to purge my own crazy stories into paper, well, into word doc, to be more precise.
My busy life with a demanding full time job and a very loving husband (I’m so not complaining!) doesn’t allow me much spare time, but somehow every night I find myself in front of the computer, exorcising the millions of stories stored in my sanity-challenged mind.
My novels are tales of love and passion between strong female leads and hot heroes, bathed in paranormal magic, of course.
I live in Sydney, Australia, the land of koalas (which are not bears), kangaroos (which are not boxing champions) and Vegemite (a black spread that should have never been invented. Seriously, don’t try it).
If you want to know what I’m up to, just find me on www.facebook.com/ellaj.phoenix